AuthorRank and the Future of SEO

AuthorRank and the Future of SEO

by E-Web Marketing
in SEO
Comments

When Google first launched Google Plus, it was seen as the largest attempt by Google to rival Facebook in social media. Among SEO circles there was also talk of the potential for Google’s own social network to drive more personalised search results, such as the launch of Search Plus Your World in January, which was seen by Inbound Marketing guru Rand Fishkin as  Google’s strategy to force online marketers into embracing its social network.

The game is shifting

Recently however, the talk has shifted to a newly speculated ranking mechanism by Google, which is covered in detail by AJ Kohn’s post about AuthorRank. The concept of AuthorRank is not new and was first mentioned in 2009 when Yahoo! filed a patent that measures the expertise of an author in a given niche. Last year Google filed a similar patent which seeks to rank content according to the influence of agents (authors). The patent specifies:

The identity of individual agents responsible for content can be used to influence search ratings.

Assuming that a given agent has a high reputational score, representing an established reputation for authoring valuable content, then additional content authored and signed by that agent will be promoted relative to unsigned content or content from less reputable agents in search results.

To put this in plain English, what Google envisions is a reputational score for individual authors that is built upon what Google knows about you from around the web, including: 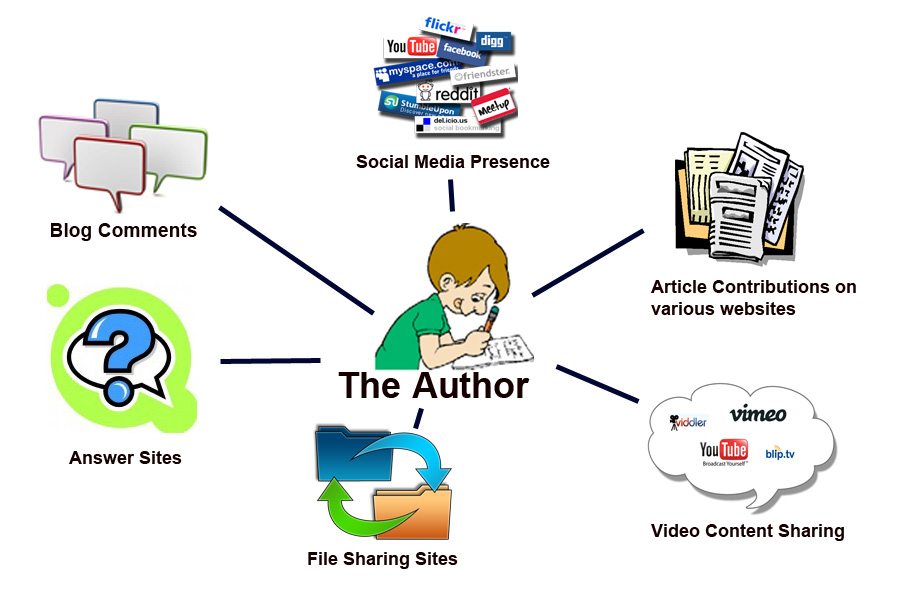 So long as you provided enough hint that the content is written under your identity, Google will identify these platforms to calculate your reputational score, which will directly impact the rankings visibility of content that you have personally created. There’s also the future possibility that Google will give preference to digitally signed content over content that has no authorship details.

So where is Google taking us with Author Rank?

If AuthorRank comes to full fruition, it would be one of the biggest innovations since Google first pioneered backlinks as a ranking factor (a.k.a PageRank). I’m confident that AuthorRank will change our perception of our relationship with the Internet and our online identities.

When the Internet first started, it was just a cluster of websites. Your only possible way to get an online presence was to have your own website, either as a single person, a collaboration among various people, or a whole community effort.  An individual’s work was strongly associated with the website itself. 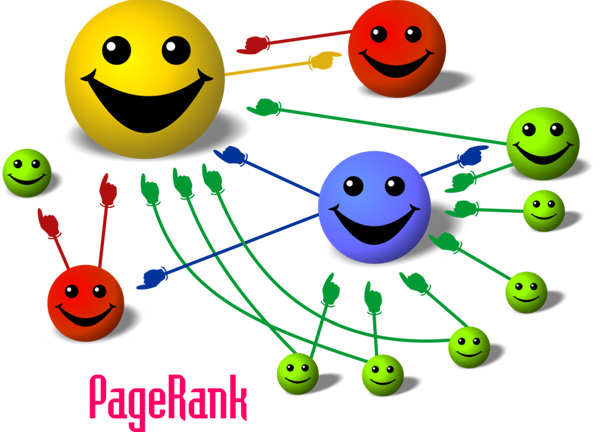 Quality and quantity of your backlinks determined your PageRank (Source: Wikipedia)

It is under these circumstances that Larry Page and Sergey Brin first conceptualized the PageRank ranking method. PageRank measured the quality and quantity of links that pointed back to a webpage. The more links you had pointing back to your webpage, the higher your PageRank and thus the higher you’d rank on Google’s Search results (more or less).

Then social networks came along

That was back in 1999, and since then much has changed. We’ve seen the emergence of social bookmarking sites like Reddit and Digg, microblogging platforms such as Twitter, and finally the launch of Facebook in 2004. For the first time, Internet users had holistic online identities that spanned well beyond a single website. Facebook is a prime example, where your activity sphere is not limited to your profile page. Consider some of the possible places you may encounter Facebook activities:

Your online identity has thus become a mobile entity, able to move from one place to another.

A major distinction, then, between Google and Facebook is that Google’s PageRank always relied on the existence of individual webpages, while a social network creates a unique mobile identity that has been elusive to Google’s search algorithms.

AuthorRank therefore becomes the solution for Google to combine social and search once and for all, as it will be the first time that Google has attached a reputational score to an individual identity rather than to a certain page or site on the Internet.

We’ve already seen how Google is experimenting with this thanks to Search Plus Your World, adding a results box on the top right corner with feeds of influential people from your Google Plus circles. It’s only a matter of time before Google finds a way to combine the power of AuthorRank to drive search results for non-personalised searches that occur when you aren’t even signed into your Google account.

Google showing authors from my Google+ circles (Note: currently appears for the US search results only)

When this happens, AuthorRank is likely to contain the following features that none of us can afford to ignore:

What can you do to prepare for AuthorRank?

Any questions or feedback? Please let me know in the comments.