It was a warm Friday afternoon when the battle of the year took place in the otherwise quiet suburb of St Leonards. Dubbed ‘Funlympics’, this battle would see two formidable opponents face each other in E-Web Marketing’s famous Rec Room, playing a number of challenging, exhausting and downright nauseating games all in the attempt to see which side would be named victor.

The first of these contestants were of course the E-Webbers themselves– a fun, passionate and resolute bunch who believing they had the home game advantage, admittedly began the competition with an overwhelming air of confidence.

Their opposition bore the name 4mation – exuberant, hard-working and tenacious, they were determined not to be intimidated by being on foreign soil.

So what happened next?

From ping pong to foosball, from pool to Fifa the night began with a few light-hearted games while members from both sides  sipped beer, downed cider and snacked on chips and lollies alike. 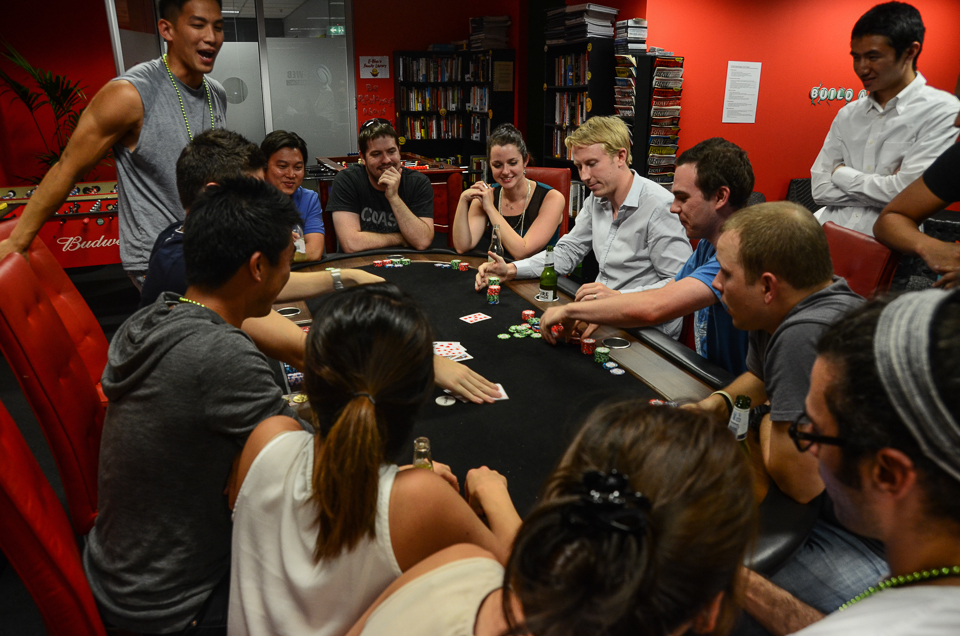 The atmosphere soon changed however when the sound of the gong signaled the start of the first challenge – the food challenge. Many challenges were contemplated for this event including the cinnamon challenge, the chili challenge and even the milk challenge but with the carpet and the cleanliness of the room at stake, the McDonald’s cheeseburger eating competition was chosen instead. 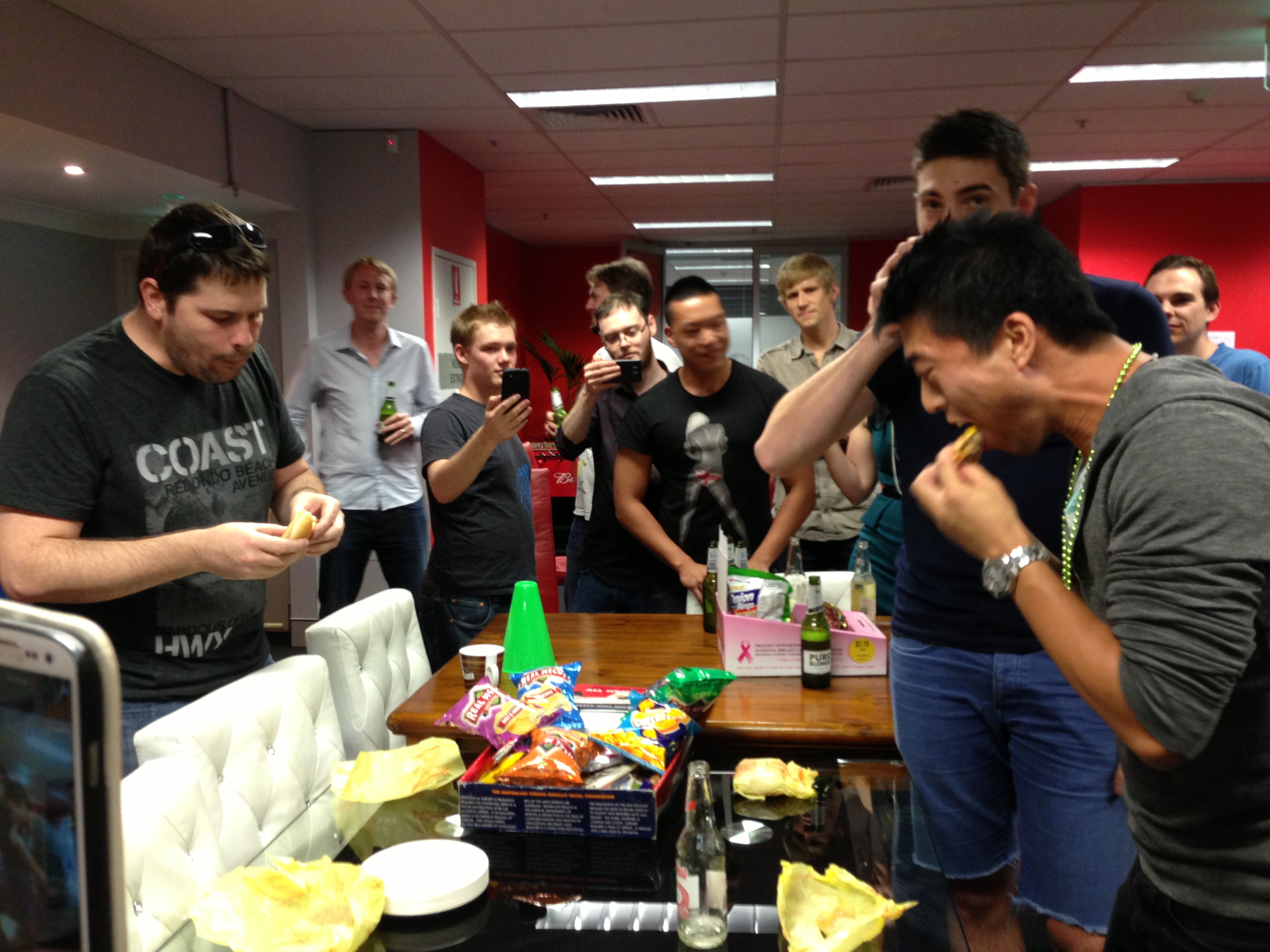 The rules of the game were simple…10 competitors (5 from each team) and 10 cheeseburgers. The first team member had to finish their cheeseburger before the next could begin and so on until the last person finished and claimed victory for the team. A few different strategies were used to complete this momentous task with some preferring to stuff the entire thing in their mouths while others opted for small, patient bites. The latter technique turned out to be the most efficient. “It wasn’t easy” said one, “my mouth was so dry”. Others were a bit more descriptive “I almost threw my guts up” – charming! 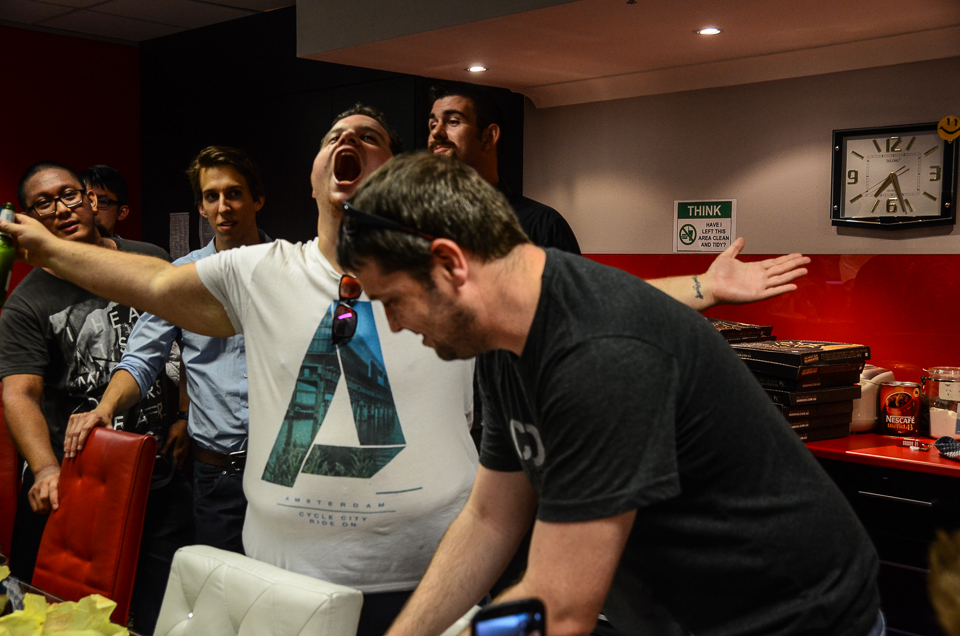 In the end, it was 4mation who won the challenge and their victory was met with cheers and applause from both sides!

Following the awfully filling cheeseburger challenge, numerous other games continued with poker drawing a large crowd of E-Webbers and 4mation contestants alike while Fifa continued to be played with a fervor not seen since the World Cup itself and the pinging and ponging of the table tennis contestants persisted late into the night. 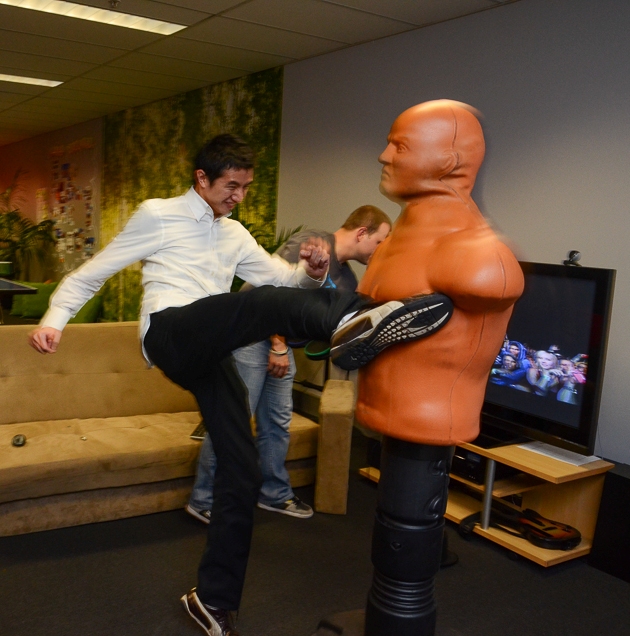 All in all, Funlympics turned into an excellent night for all parties involved…except for poor Jerome…he bore the brunt of a swift roundhouse!

Think your company can handle E-Web Marketing? Challenge us in the comments below!