Last month Google and E-Web team members watched in wonder as their team leaders Irene Lee, from E-Web and Jon Day from Google transformed what usually was an in-house gaming Friday night, to a spontaneous and exciting competition between both parties and friends.

After Google’s invitation, the E-Webbers were plotting and planning all week on how they could dominate and take home to the rest of the team in St Leonards the champion cup of the Google versus E-Web gaming night. All dressed in red t-shirts, with their personalised ping pong bats and Mario Kart remote controls we were (or maybe should I say appeared to look) ready for anything. 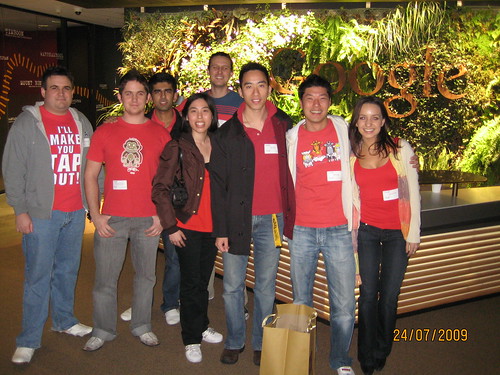 Our skills on Guitar Hero were E-Web’s strongest points of the night. With Jeff on the microphone as lead singer he sung (with incredible talent) Michael Jackson’s Beat It. He tied the knot and took home first place when he brought his moves to the table (literally) featuring the Moon walk and split double jump. There were a few rumours going around that we won by default (due to Google not having a lead singer) but we didn’t let Jeff hear about that! 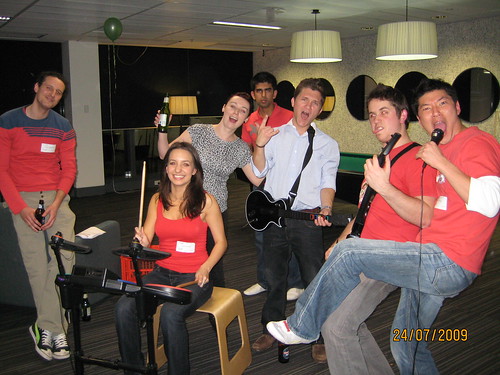 Ben and Irene showed extreme skill in Mario Kart winning an entire 2 games out of 20! But we can’t really compare our true skill in this area because Michael J. Fox the Google Agency Team Leader admitted he practices Mario Kart about 4 hours a day! 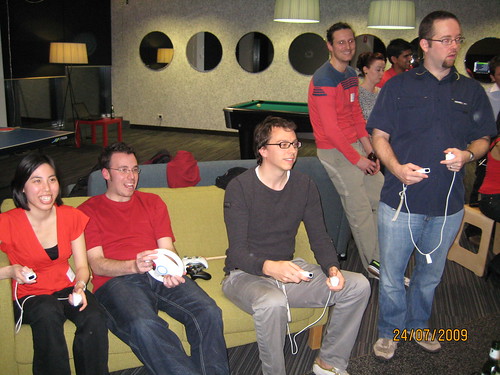 The real aptitude laid with Gary and Josh on the gigantic Google Foosball table where E-Web won 10-8 and again on table tennis with Fung, Roberto and Bhavesh as their side kicks. 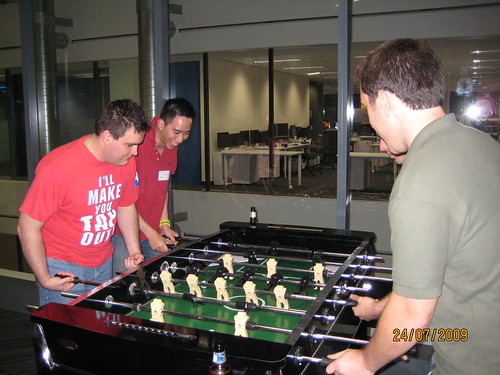 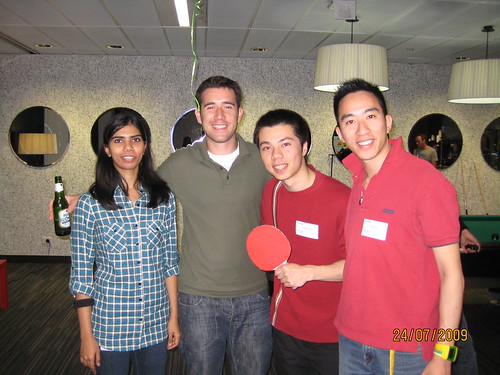 Cathy and the Google Wave team showed great skill on the foosball table too and beat Forz and I 10 -3. Luckily we scored a few points because if it the score was 10 -0 we would have had to crawl under the Foosball table in our birthday suits (Google Rules)! 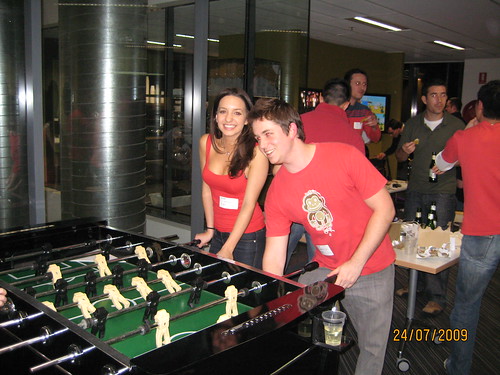 Don’t know how it happened but E-Web managed to take home the champion cup, maybe the scoring was based on the best eater’s and drinkers of the night, or maybe it was a sympathy vote on Google’s behalf. But either way we were not going to challenge the end results. 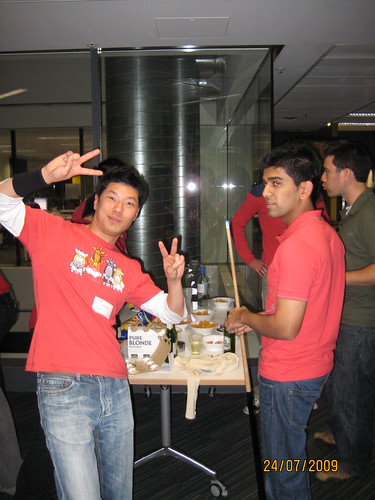 The first Google versus E-Web Gaming Night will hopefully be the beginning of an exciting regular challenge. Maybe next time E-Web will have a bit of luck and some additional training where we will be able to take home the challenger cup out rightly! 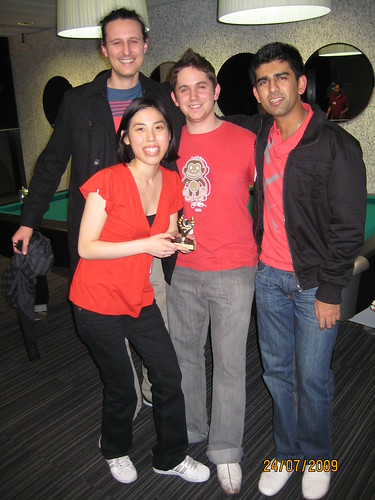