Google's Penguin Algorithm is The New Black (and White)

Google's Penguin Algorithm is The New Black (and White)

by E-Web Marketing
in SEO
Comments

Penguins. They’re vigilant, brave and can huddle together through some of the coldest temperatures on the planet, and now they’re representing the fight between black and white (hat SEO).

Google Penguin is the latest algorithm change  to crack down on aggressive web spam tactics used by black hat SEOs. These tactics include:

… and so on.
For a better understanding of the kind of sites that get affected, Searchmetrics have posted a table of the top sites hit by Google Penguin: 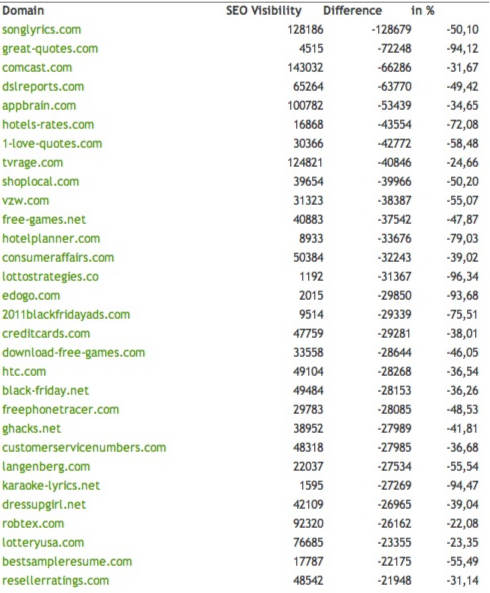 Unfortunately, this algorithm change also paves the way for negative SEO to take place. Negative SEO refers to the aggressive web spam tactics as described above – when done to your site by an external person/company, usually a competitor. How Google plans to deal with this black hat strategy is yet unknown, but it’s certain that some innocent sites will be affected here, regardless of how valuable their content is for users. For example, in the list provided by Search Metrics, we can see mobile provider HTC in the list of domains who have had significant drops in SEO visibility, despite being an authoritative and official brand site.

For more information, view the official post on Google Penguin over at the Webmaster Central Blog.

Have you been affected by Google Penguin?

If you feel your site has been  harmed by the recent update, Google are accepting feedback from webmasters, in what will be vital information used to optimise the change. Alternatively, you may also want to report a site that you feel violates Google’s policies on webspam.

It is still unclear how much damage to innocent domains has been done, but many speculate that the numbers are minimal, as sites who have built their natural authority should have good signals working in their favour. Overall, let me know what you think – is this change is for the better or worse?