How to Start an Online Business: 7 Stories of Success

How to Start an Online Business: 7 Stories of Success

by E-Web Marketing
in E-Commerce
Comments

We all love a good story with a happy ending, but any business owner will tell you that with success comes hard work – and it’s not all fairy tales! Our very own online success wasn’t without a story of its own.

Gary Ng began E-Web Marketing in his bedroom, eating nothing bit instant noodles and SPAM sandwiches and working tirelessly around the clock selling internet plans to boost his cash flow. Today, the E-Web Marketing is one of Australia’s leading online marketing companies. Our story is not uncommon. Many of today’s online businesses have started out with the bare essentials – a laptop, internet connection and most importantly – a passion. Let’s take a closer look at seven successful online businesses, how they started out and what we can learn from them. 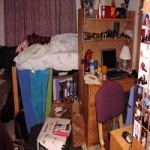 Founder: Mark Zuckerberg
Starting Funds: $0. Started as a hobby.
Where It All Began: Zuckerberg’s college dorm room, where he hacked into Harvard’s protected computer networks.
Start Up Story: Zuckerberg used existing information and presented in a new way to create a new way for people to socialise.
Starting an Online Business Lesson: You can work with what already exists to create something new that people never knew they wanted. 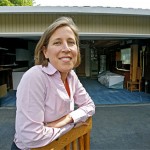 Founders: Larry Page and Sergey Brin
Starting Funds: Own personal funds.
Where It All Began: In a friend’s garage.
Start Up Story: Google originally ran under the Stanford University website URL: google.stanford.edu.
Starting an Online Business Lesson: You don’t even need your own website to start your online business. 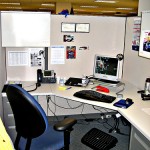 Founder: Chad Hurley
Starting Funds: Personal funds.
Where It All Began: In the PayPal offices where Hurley worked with co-founders Steve Chen and Jawed Karim.
Start Up Story: The idea for YouTube was supposedly derived from frustration around sharing video footage of a dinner party attended by Hurley and Chen.
Starting an Online Business Lesson: Have you ever thought about something that would make your life easier? Work on it. It may also help millions of other people too. 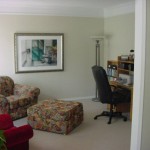 Founder: Reid Hoffman
Starting Funds: Personal funds.
Where It All Began: In a living room.
Start Up Story: Started with 5 members in 2002 and officially launched in May 2003, LinkedIn now has a database of more than 175 million members from over 200 countries.
Starting an Online Business Lesson: Businesses don’t happen overnight; they’re often launched only after years of planning. 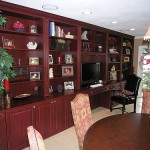 Founder: Pierre Omidyar
Starting Funds: Personal funds.
Where It All Began: In Pierre’s own home.
Start Up Story: eBay, the first global auction site, began as a personal site to sell items. One of the first items sold was a broken laser pointer for $14.83.
Starting an Online Business Lesson: There’s a market for everything (e.g.: broken laser pointers!). Also, being the first auction company set them up as tough competition for any other companies looking to enter the market. If you have an original idea – you will already have a massive advantage and begin with no direct competition! 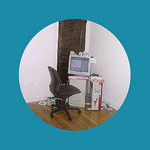 Founder: Jack Nickell and Jacob Dehart
Starting Funds: $1000
Where It All Began: In a studio apartment.
Start Up Story: Threadless began while Jack and Jacob were still living their 9-5 lives.
Starting an Online Business Lesson: You don’t need to start off big – you can start your online business while still working your day job. 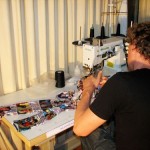 Founder: James Lillis
Starting Funds: $6 to buy material.
Where it all began: With a sewing machine.
Start Up Story: Began selling at the markets, but sales were slow. Fashion bloggers picked up on Black Milk products and the company shifted to be an online store only, despite advice to the contrary. The company now ships out thousands of products a month globally.
Starting an Online Business Lesson: Listen to your instincts.